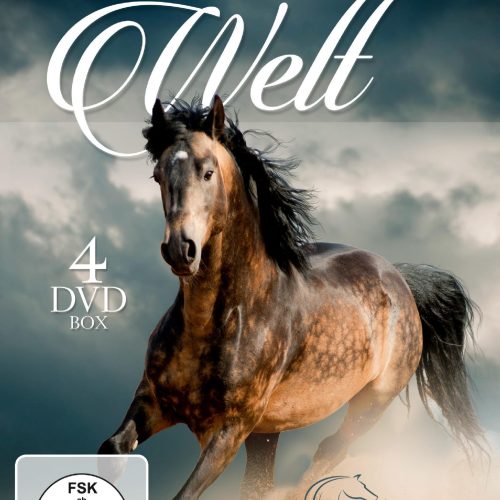 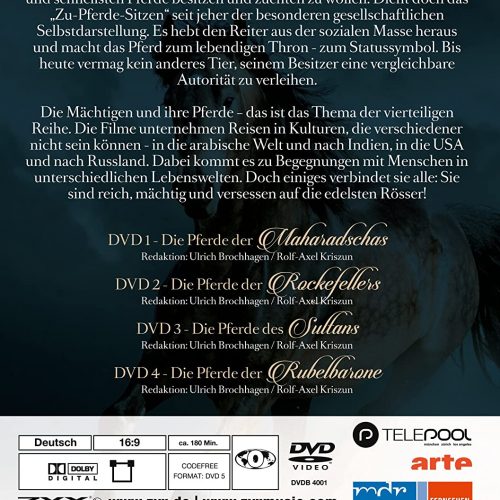 Box containing 4 DVDs dedicated to the noblest of animals: The horse
In many cultures, the horse holds a very special place, and fascinates by its’ beauty, strength and spirit. Equestrian traditions are still perpetuated by high society worldwide.

Over the centuries, the maharajas of Jaipur in northern India have established their power through their formidable armies of warriors on horseback. Today, horseback riding is a passion for these aristocrats, especially through the practice of polo, the “Sport of Kings” having its’ origin in the region. Padmanabh, the young Maharajah of Jaipur, trains in this very hierarchical sport, with the officers of the prestigious 61st Indian cavalry regiment in the Rajasthan Polo Club, owned by the royal family. Horses trained in the sport luxury are pampered before and after matches. We visited the breeder, the farrier and horse trainers, who keep these traditions of social life.

DVD2 The stables of Rockefeller

Since the arrival of the first immigrants, the horse is part of the history of the northeastern United States. Each year, contests are being hold by the richest people of the country – including the essential Rockefeller family, who owns a luxurious property in Maine. We follow the training with Eileen Rockefeller Growald, the youngest daughter of David Rockefeller, and visit the Morgan horse stud farm in Vermont, the main center of reproduction of the race.

DVD3 HORSES OF PRESTIGE in the Sultanate of Oman

Fast, tough, lightweight and elegant, the Arabian horses are considered to be the most beautiful horses in the world. It is the Bedouins who were the first to raise them. In Oman, an absolute monarchy enriched by petrodollars, horse breeding is a true doctrine of the state. The Royal Cavalry of the Sultan is a kind of emblem for all Omanis, whether rich or poor. At Al Amer al Falaij Rasbi Racecourse, near the capital Muscat, we see some of the best racehorses in the country competing in a royal race. For the country’s elite, it is an inescapable demonstration prestige.

DVD4 The stables of the oligarchs

Over the past twenty years, Russian oligarchs spread increasingly their ostentatious external signs of wealth. And since the fall of the Soviet Union, the horses now come first in the list of the symbols of luxury. Two hours from Moscow, the stud Svechino, with its 500 acres of private grounds, enjoys cheap foreign labor, while the horses themselves, Friesians and Holsteiner, live in luxury. The entrepreneur Vladimir Berentsveyg has made this place become a major national equestrian center with a popular racecourse. Not far away, there’s a stud farm raising Orlov trotters, a famous race of Russian origin. For these millionaires and their families, equestrian culture is obvious – far from the concerns of most of their fellow citizens. 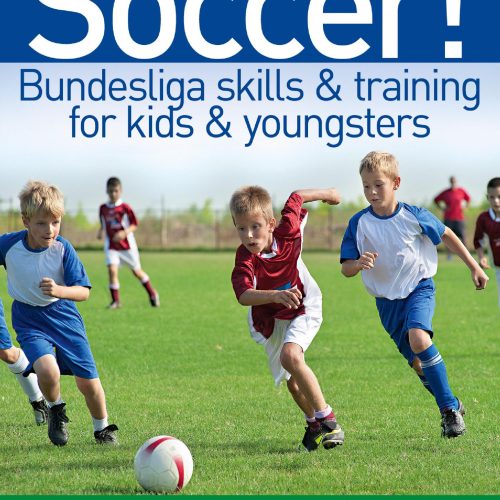 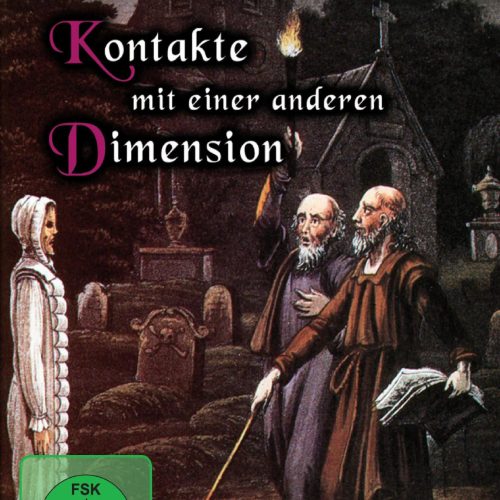 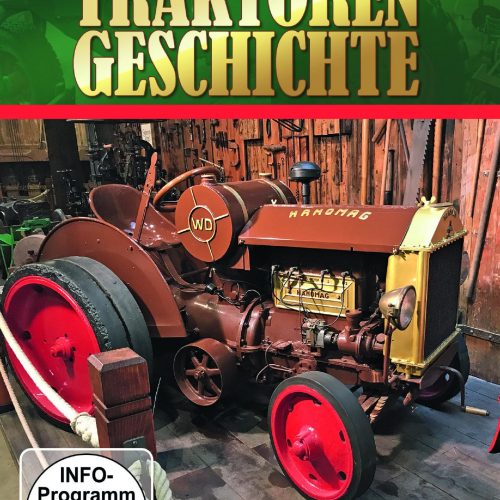 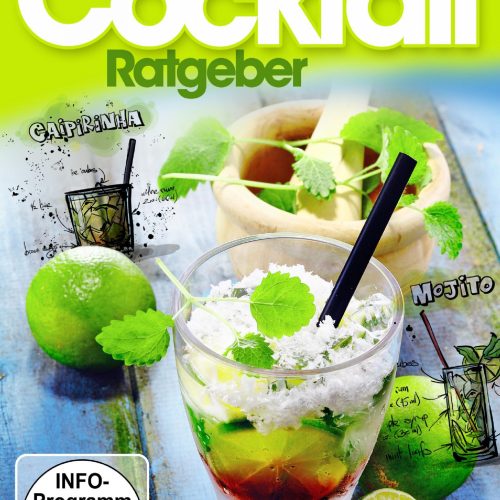 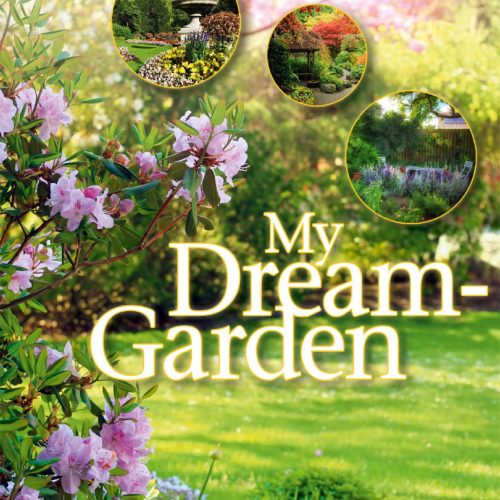 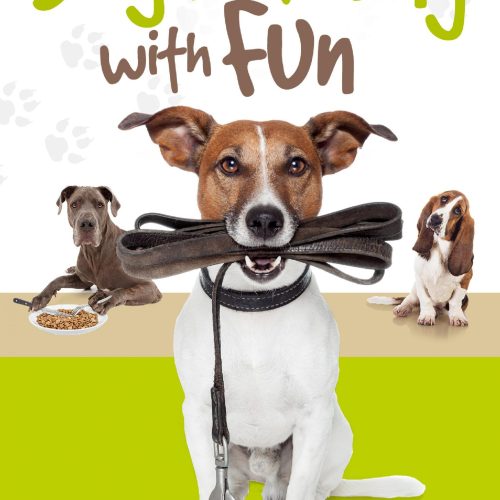 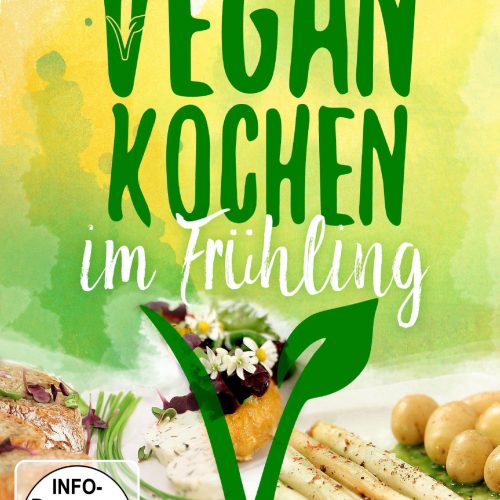 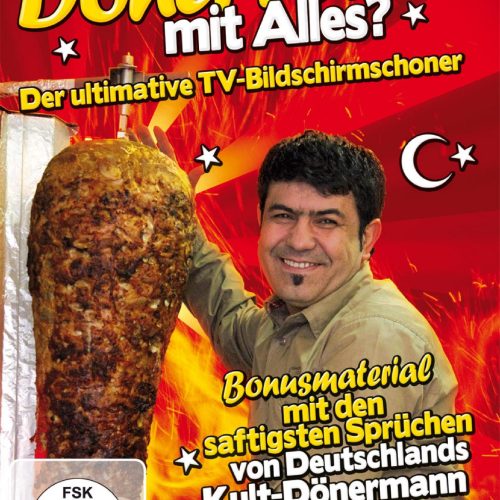